For nearly 20 years, from the early 2000s until a series of cultural investments that started in 2017, the Province of BC spent less per capita on arts, culture, and heritage than any other province in the country. During that period our cultural institutions have decayed, our collections spaces have become full to the brim, and we have delayed work that is critical, and legally required, for reconciliation and whether people recognize this or not, our crumbling cultural sector matters to both British Columbians and the Government of BC.

Let’s focus on the issue of archaeology repository space, the tip of an iceberg for BC’s chronically underfunded cultural sector, to illustrate one small but highly impactful reason why this matters.

In British Columbia under the Heritage Conservation Act (HCA), all sites that contain archaeological materials pre-1846 have legal requirements and protocols that must be followed for the excavation and removal of cultural objects. For example, if new construction occurs in an area with confirmed or possible materials from before 1846, an archaeological inspection is required by law.

The maximum penalty for the destruction or unauthorized disturbance of an archaeological site in British Columbia is imprisonment for up to two years or a fine of up to $1 million. The severity of these penalties reflects the importance of these sites. Archaeological sites are non-renewable resources; once altered or destroyed, the knowledge and cultural significance they contain are lost forever.

If objects are found and removed from sites during this inspection, there are then legal requirements for the handling and storage of these archaeological materials. Once removed from a site objects must be stored indefinitely, meaning that if they cannot be returned to their original site or returned to the descendant community by way of the excavation taking place on Reserve or Treaty lands, under the current laws, the objects have to be stored forever in a repository.

At one point in British Columbia’s past, the Royal BC Museum was the defacto archaeological repository for the entire province, but due to its finite repository space and decades of chronic underinvestment, the provincial museum turns away more objects than it takes in. In recent years, universities, smaller museums, and even private repositories owned by archaeological consulting firms have become the storage spaces for tens of thousands of archaeological items across the province. None of these repositories (aside from the Royal BC Museum) receive government funding to care for these objects, even though the province is requiring their maintenance.

The severity of these penalties reflects the importance of these sites. Archaeological sites are non-renewable resources; once altered or destroyed, the knowledge and cultural significance they contain are lost forever.

We now encounter the first crisis – British Columbia is not creating new repository space to keep up with the number of archaeological objects being removed as a result of development. The more these materials are spread across different institutions, the easier it is for these materials to be lost, misplaced, or damaged. Collections space is already at a premium in British Columbia and museums and universities do not have the available space to take in more objects.

So what happens to these legally protected archaeological items that must be stored forever? This is where things get tricky – current laws protect these objects from being destroyed, but do not offer sustainable long-term solutions for their care. While repositories are required by law to hold objects in perpetuity, they do not have the legal authority to repatriate (or in other words, “return”) items to their home Indigenous communities. This means that even if a museum holding archaeological objects is asked by an Indigenous community to return an item, they legally cannot – under the current legislation, museums must care for the object forever without returning it home.

When it comes to repatriating archaeological items, legislation contradicts itself. In British Columbia, the Declaration on the Rights of Indigenous Peoples Act (DRIPPA) was signed into law in 2019, and article 31 of the act clearly states that, “Indigenous peoples have the right to maintain, control, protect and develop their cultural heritage, traditional knowledge and traditional cultural expressions.” Let’s be clear – this statement is not aspirational, it is the law. And yet, archaeological repositories are not allowed to follow DRIPPA and Indigenous communities lose their legally-mandated control over any items that enter archaeological repositories.

When it comes to repatriating archaeological items, legislation contradicts itself. In British Columbia, the Declaration on the Rights of Indigenous Peoples Act (DRIPPA) was signed into law in 2019… and yet, archaeological repositories are not allowed to follow DRIPPA…

We now encounter our second crisis – our current archaeological repository legislation removes Indigenous communities’ control of their own cultural heritage and directly contradicts the Province’s legal obligations in DRIPPA.

Archaeological repository legislation is never going to be a hot-button election issue, but it is important that British Columbians understand that our current system is flawed, unsustainable, and filled with contradictions. Changes are long overdue and decisions must be made. We as a society either care about protecting archaeological sites from disruption, or we don’t.  We can believe that Indigenous communities have a right to protect their own cultural heritage, or not. We can choose to care for irreplaceable heritage, or we can ignore it.

We have under-invested in our heritage for decades. The need for significant overhauls to archaeological repository legislation is just one part of a broader heritage crisis – if heritage is to have a future, we need to prioritize its health in the present.

From the destruction of two museums in the Lytton wildfires, to debates around the decolonization of museum spaces, to conversations around the modernization of the Royal BC Museum, museums, galleries, and heritage spaces are more in the news than ever. Join the BC Museums Association as we explore the history, impact, and future of the province’s culture and heritage sector through a series of introspective editorial articles shared with the media and on museum.bc.ca over the coming months.

BCMA Webinar - All About Archeological Repositories

Join the BCMA and Dr. Genevieve Hill, Curator of Archeology at the Royal BC Museum, to talk about all things archeological repositories! 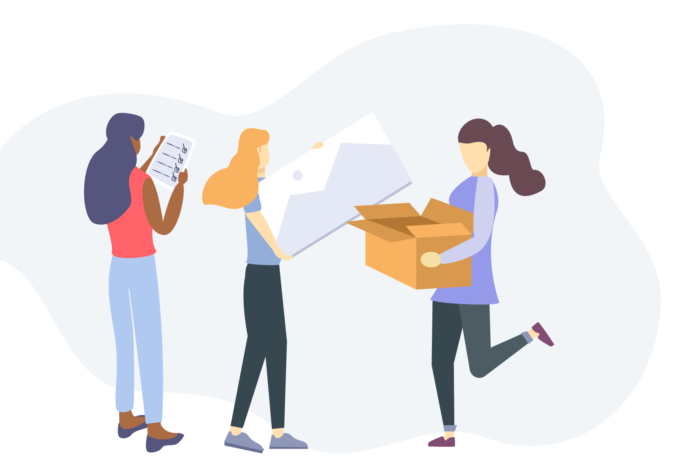