Community Sustainability and the Newly Renamed qathet Museum and Archives

Within the context of sustainability, reconciliation may be seen as a process that strengthens community relationships by building inclusive and safe spaces for the people of tomorrow. For a small-town community museum located on northern Sunshine Coast, the journey to reach this sustainability goal has recently gained momentum as the former Powell River Historical Museum and Archives Association (PRHMAA) has finalized the process of changing its colonial name.

“The idea of a name change started several years ago,” said Bill Vernon, president of the newly renamed qathet Museum and Archives, in an interview. “It was recommended by a staff member and it was relative to the fact that our name did not represent the museum’s collecting area geographically.” As per its mandate, the PRHMAA collects and represents the qathet Regional District from Desolation Sound all the way to Jervis Inlet. Thus there was a growing awareness that the name “Powell River” was misleading and excluded the history of other communities within the geography of northern Sunshine Coast.

Then in May 2021, Canada woke up to the harsh reality of the discovery of the unmarked graves of 215 children, who attended the Kamloops Residential School and never returned to their home communities. As protectors and keepers of historical records, “we knew we couldn’t correct all the wrongs that were done, but we knew we could do something going into the future. We were set on contributing what we could for the healing process,” said Vernon. 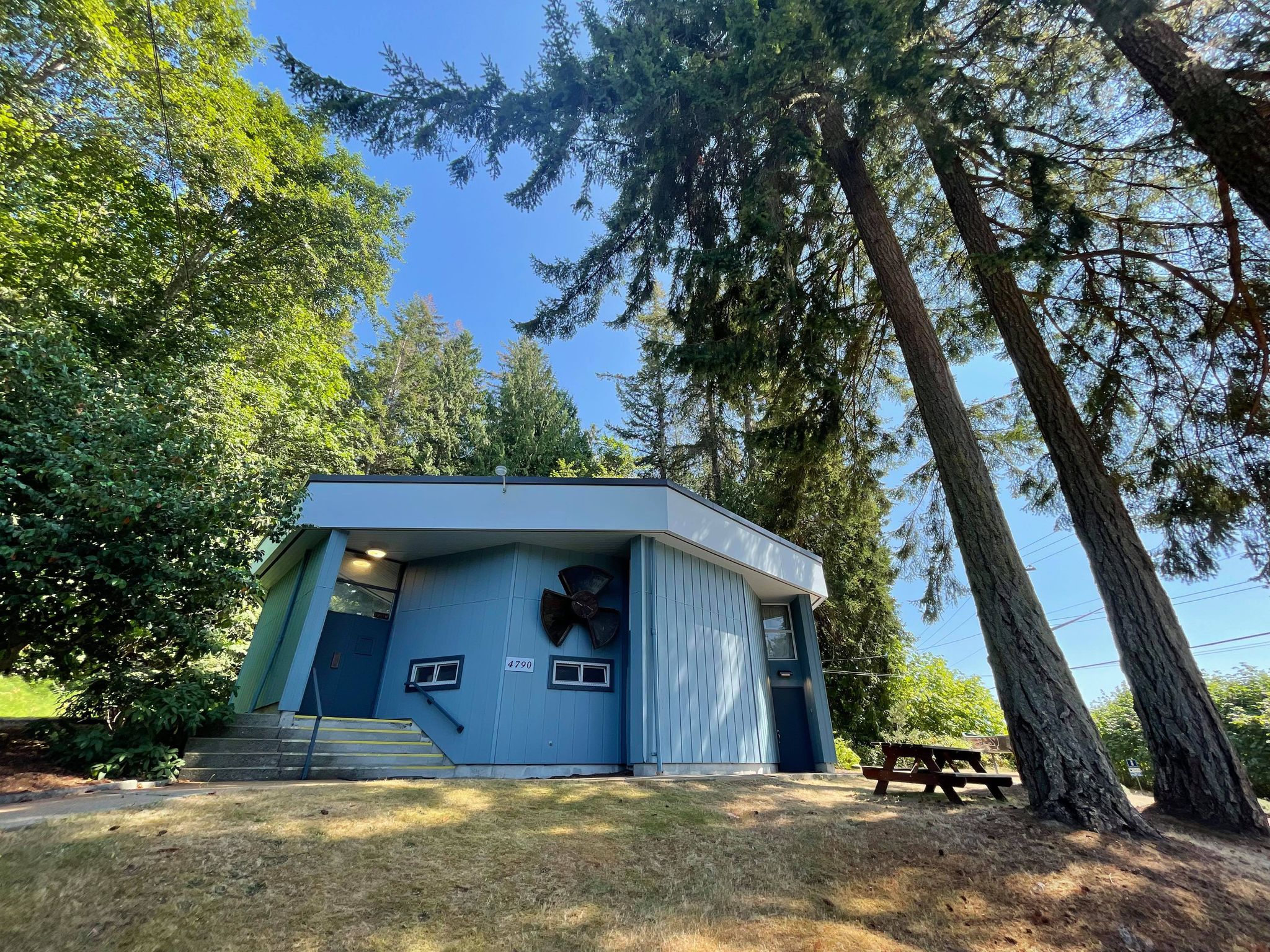 In summer 2021, the board of directors revisited the topic of a change in name. Around the same time, Hegus John Hackett of Tla’amin Nation sent a letter to the City of Powell River requesting that the city change its name and disassociate itself from Israel Powell—after whom the town was named. That’s when many people began educating themselves on who Israel Powell was and what he represented. “I had no idea of the connections between Powell and what he was responsible for in terms of harms done to First Nations in the interest of assimilation, personal gain and appropriation of Indigenous lands,” said Vernon.

Powell has left behind a damning legacy. After British Columbia joined Canada in 1871, Israel Wood Powell was appointed as superintendent of Indian Affairs in 1872—a role that he kept for 17 consecutive years. During this time, Powell was instrumental in outlawing the potlatch as well as promoting and implementing the residential school policy. He also ensured the sale of Lot 450 in Powell River: the future site of the pulp and paper mill, where a Tla’amin village named tiskʷat was located. Furthermore, Israel Powell removed sacred and ceremonial objects from Indigenous communities during his travels throughout the province, keeping some of these objects in his private collection and distributing others to collecting institutions. Overall, Powell’s actions were devastating to First Nations, inflicting generational trauma and causing immeasurable loss to both culture and language.

By changing its name, the museum demonstrates its commitment to truth and reconciliation. “We have a long way to go, changing the name of the museum is only a start,” added Vernon. “It does not change the history, but it shows that, as an institution, we recognize the harms done.”

In October 2021, following the decision to move forward with renaming, the PRHMAA board of directors agreed to undertake a public engagement process. “As a community museum, we felt that this was a community decision,” stated Vernon. Throughout the winter, PRHMAA solicited input from the public, asking for ideas on a new name, as well as thoughts and opinions on the renaming process itself. Subsequently, the board of directors was presented with a summary of the public input, the majority of which was positive and in favour of renaming.

The board of directors proceeded to vote on a new name drawn from the public submissions that reflected the two core criteria: a name that would more accurately reflect the geographical region that the museum serves while supporting improved relationships with First Nations in the spirit of reconciliation, with the implied removal of Powell’s name. “The new name did not have to be Indigenous in nature,” clarified Vernon.

Of all the names submitted, though, those that included the word “qathet” readily met the core criteria. Tla’amin Elders had gifted the word—signifying “working together” in the ʔayʔajuθəm language—to the former Powell River Regional District in 2017. Then adopted by the regional district to represent the area of its jurisdiction, qathet corresponds with the region that the museum serves as well.

So the museum sought permission from Tla’amin Nation to adopt qathet as its new name. “We felt very strongly that even if we could use the word qathet, it didn’t feel right to use it without approval from Tla’amin Nation. It showed that we understand the importance of that word and we respect it,” explained Vernon. Hegus John Hackett and the Tla’amin executive council voted unanimously in favour of the museum adopting the word qathet for its name. 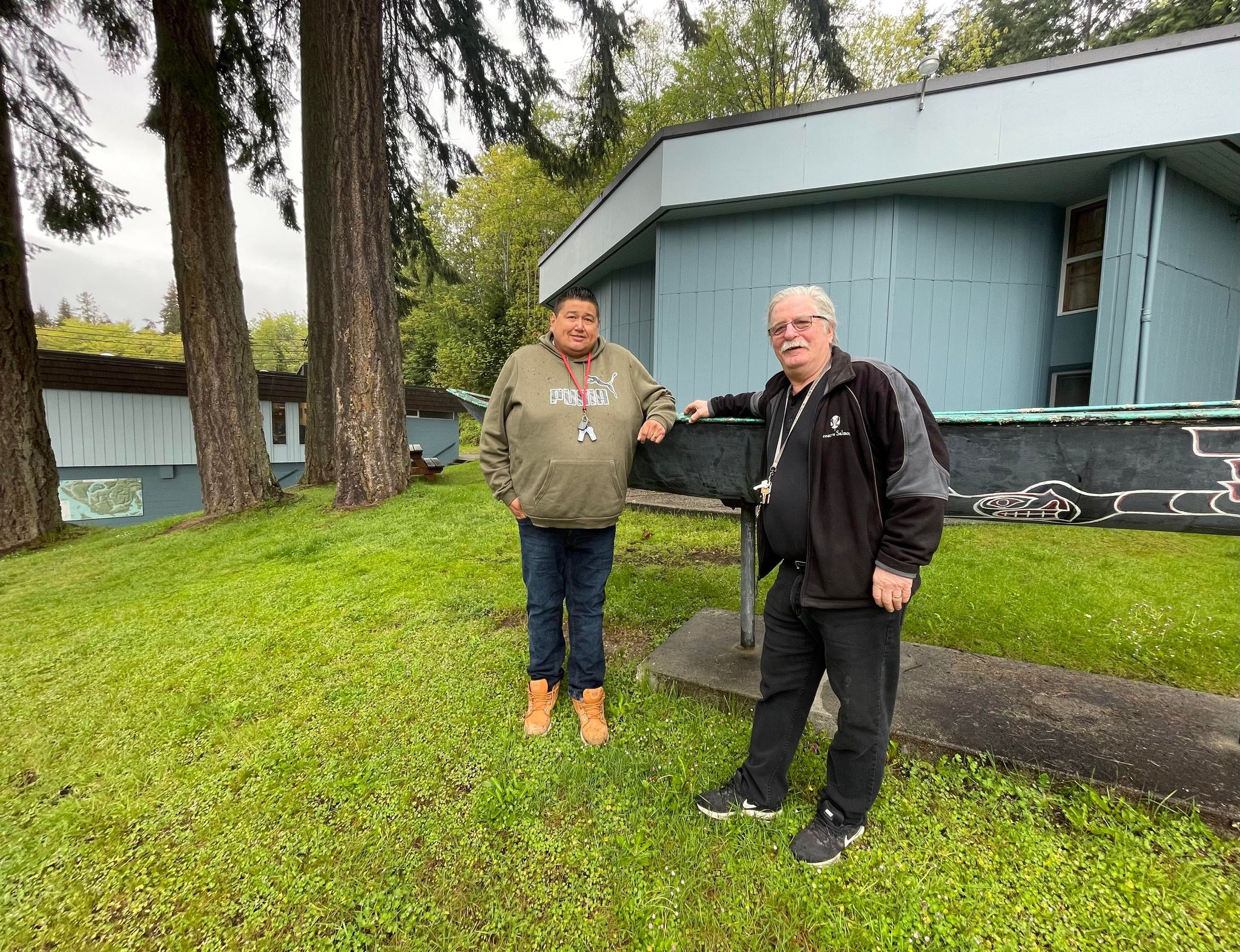 On March 31, 2022, the new name, qathet Museum and Archives Society, was presented to the membership via a special general meeting; 97 per cent voted in favour. “It spoke volumes to everyone,” said Vernon. With this overwhelming support, the museum applied to the BC Registries as required to change its name. “We hope that other institutions engaged in name change processes are also successful. We can tell you its going to be difficult, strenuous and stressful, but the end result will benefit everybody. We contributed in one way, and if people in other places all contribute to reconciliation, in the next 40 or 50 years it will be a different relationship that exists with Indigenous communities. Now that the name of the museum has changed, we will not let the momentum die. We will continue to work on that relationship and move towards a better future for everyone,” affirmed Vernon.

A transparent community-facing approach, combined with the dedication of board members and staff, was at the core of the entire process. Vernon acknowledged, “This would not have happened without the generous contribution from our entire team at the museum. I would like to thank staff, directors, volunteers, members and the public for the contributions made over the past year as we moved forward in our change of name. Many people were passionate about changing the name and, with their collective hard work and dedication to finishing what we started, we are proud to be known now as the qathet Museum and Archives Society.”

Next Article: Environmental Education and the Historic House
Back to Issue 283 Main Page
Accessibility
cancel accessibility
Accessibility Statement
Provided by: