BC Museums Week received it’s first official declaration from the Province of British Columbia in 2017!

The Province of British Columbia proclaimed that May 14-21, 2017 shall be known as “BC Museums Week,” recognizing, among other things, “the importance of museums, art galleries, historic sites, cultural centres and other memory institutions as keepers of legacy, places of learning, and drivers for the economic and social well-being of our communities.”

BC Museums Week 2017 was perfectly situated in the international museum calendar as it included the 40th International Museum Day (IMD), an ICOM-sanctioned celebration that takes place annually on May 18.  ICOM’s theme for 2017 was “Museums and contested histories: Saying the unspeakable in museums.”

The BCMA invited all BC museums, art galleries, historic sites, cultural centres, and other related memory institutions to participate in BC Museums Week 2017 and International Museum Day.  Organizations were welcome to participate in whatever way they desired, from tweets to teas, programs to promotions, emails to events, etc.  ICOM released a resource kit for IMD 2017 that included event examples and step-by-step instructions for planning and promoting activities.

The BCMA coordinated themed social media days for BC Museums Week. Using #BCMuseums on Facebook and Twitter, over 55 museums contributed posts and celebrated their communities throughout the week.  We were also excited to see organizations from the broader GLAM sector join in and help celebrate the museums and related cultural heritage institutions in their areas!

#BCMuseums was a major success in spreading the word about BC Museums Week.  The tag was even trending on Twitter in the Vancouver region on May 15!

Other 2017 highlights include Kamloops Art Gallery, which was open by donation for the full week, and the BC Sports Hall of Fame and Museum remained open late by donation on International Museum Day, providing a space for local sports collectors to bring items to showcase to the public, and displaying artwork from local schools. 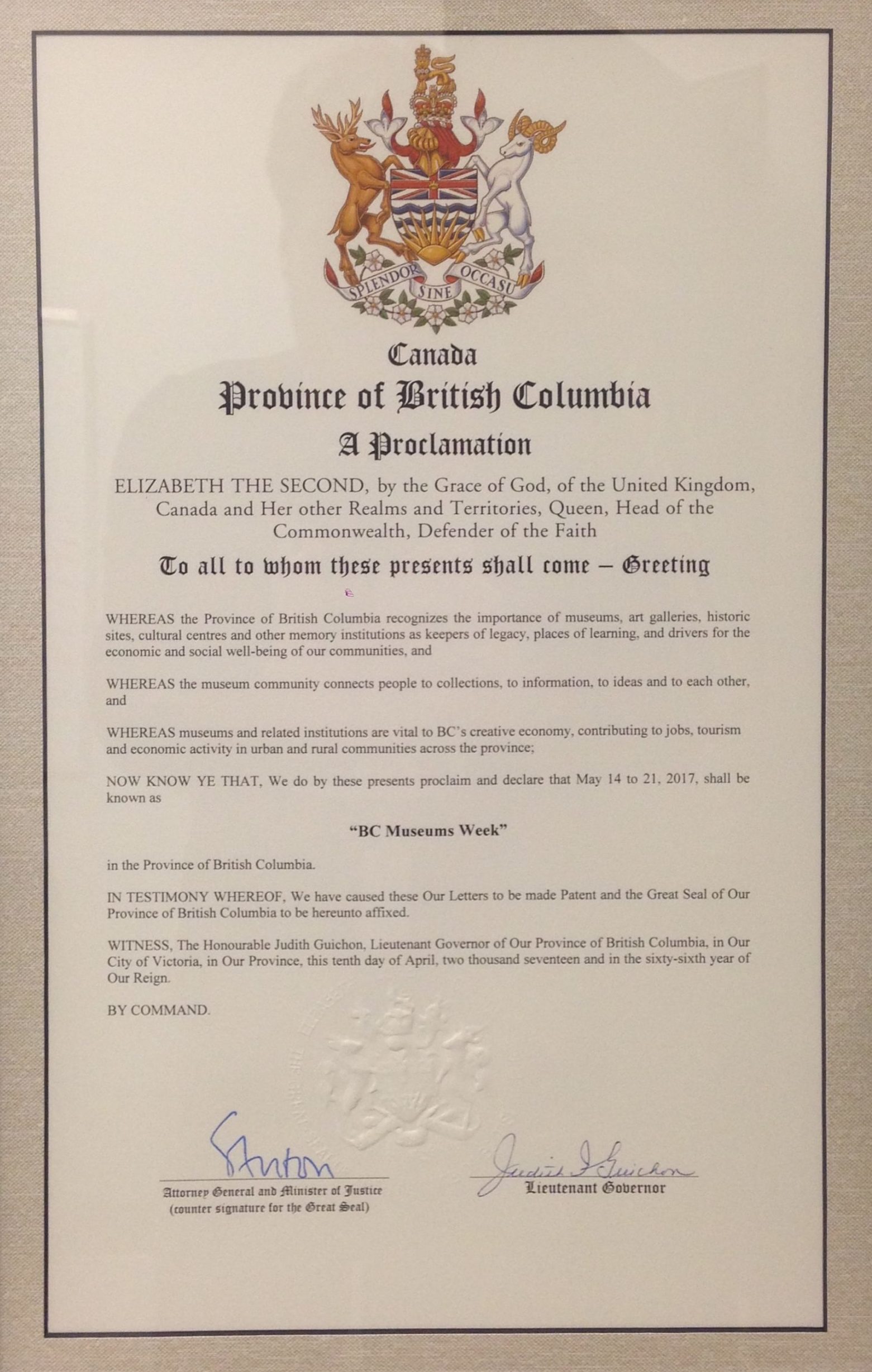