Act I of the Joint Conference brought together the culture and heritage sector in the virtual space for three days of conversation about breaking silos, stepping up as leaders in our communities, and recognizing our roles in decolonization.

Takeaways from the first part of the conference included building strategies to make allies in local government, how to turn advocacy into leadership, and helping your communities address difficult histories. We look back on thought-provoking discussions and collaboration that brought together museums, galleries, heritage sites, local governments, science centres, and Indigenous cultural organizations.

Act II in November will pick up where we left off and continue the conversations in person. Stay tuned for more details!

Explore the following themes from Act I:

Whether fighting against climate change, making steps towards truth and reconciliation, or recovering from the COVID-19 pandemic, our sector is strongest when we work together. Join colleagues from across the province to discuss strategies for successful and lasting collaboration. Break down silos, build meaningful relationships, and explore strategies for finding allies to create change.

Weaving Our Stories Together

In this talk, Kamala Todd, a Métis-Cree filmmaker, community planner, and Indigenous cultural heritage specialist will share thoughts on decolonizing heritage, building relationships and healing, with examples of her own learning and work on Musqueam, Squamish, and Tsleil-Waututh territories. Some topic areas will include UNDRIP, MOUs and co-management agreements, rethinking commemoration, and honouring Indigenous people’s self-determination.

How to build successful culture and heritage organization partnerships with local governments and advocate for your institution within a municipal context.

This panel will feature examples from big and small locales across the province, and include provincial and municipal level partnerships. Hear about lessons learned from the government and non-for-profit sides of collaborative work in conserving heritage, uplifting marginalized community history and more.

Join conference delegates from across the province and beyond for an informal meetup to kick off the first Joint Conference. Collaboration can work wonderfully and be beneficial for everyone involved. But it also brings with it some unique challenges, unexpected growing pains and a whole host of opportunities for miscommunication. Sound familiar? We invite all delegates to come and share their stories. Get to know other delegates, the Heritage BC and BCMA team, and chat in a casual setting. This event will not be recorded.

Check out our special webinar from this theme’s sponsor:

In this webinar, Kari Michaels, Executive Vice President of the BCGEU, will explore what a union is, how they work, the steps required to unionize and what changes if you form a union.

Now, more than ever, arts, culture, and heritage organizations are being called upon to take leadership roles and reimagine how we support our communities. At the same time, many organizations are rethinking how they are led and governed. Come together with a network of your peers and explore the question, “if the COVID-19 pandemic disrupted the status quo, what comes next?”

What does it mean to be an “activist” museum? How can culture and heritage sites become places of activism. Author Kirsty Robertson will provide a short introduction on protest and activism in Canadian museums, followed by a discussion that highlights examples of disruption and activism in memory institutions in BC.

The Heritage SLAM! has long been Heritage BC conference staple. Inspired by Pecha Kucha and Ignite events, these rapid fire talks give attendees the opportunity to showcase their best, most innovative and exciting projects in a fast-paced and fun event.

For the 2022 Joint Conference, we are putting a twist on this popular event. Join us for the first ever Culture & Heritage SLAM! and be inspired by recent wins and triumphs of your colleagues across the sector.

The three-headed hydra: benefits, limitations, and opportunities in cultural governance

Jules André-Brown will explore the history, present, and future of governance models surrounding arts, culture, and heritage organizations. In addition, the talk will examine the relationships, purposes, and opportunities between boards, operations, and the communities they serve. The session will conclude by looking at the emerging research on what transformative and radical governance practices are in reach today.

Heritage and Culture as Community Leaders

How can culture and heritage organizations be better advocates for our communities? Featuring the Nikkei National Museum and Cultural Centre, which blends community centre and museum in a shared space, the Chinese Canadian Museum, which will be based in a heritage building with a history that reflects the community it serves, and the Nanaimo Art Gallery and their ongoing efforts to become a space for gathering in their community.

Redress is defined as “to set something right.” From our collections, to the stories we tell, to the very lands we occupy, arts, culture, and heritage organizations have a history of contributing to injustice and now have a responsibility to set things right. Join colleagues on the final day of the conference and explore actions we can take today as organizations and individuals to build on truth and reconciliation and redress injustice.

Please visit the 2022 BC Museums Week page for additional content and an example on moving beyond reconciliation. Click here.

ASL translation for this theme is sponsored by Eos Lightmedia

What does decolonization look like in practice? Highlighting examples of meaningful steps being taken by institutions big and small. The panelists will talk about the new exhibit Standing in the Gap by Cecil Dawson at Museum at Campbell River, the SISȻENEM title transfer to W̱SÁNEĆ Leadership Council, and the Burnaby Heritage Policy review.

Truth Telling as a Precursor to Reconciliation

In this session, Ry Moran, Canada’s inaugural Associate University Librarian – Reconciliation at the University of Victoria, will explore the vital importance of truth telling in our collective work of reconciliation, healing and peace making. Central in this talk will be the importance of known and unknown histories in these efforts.

What’s in a name?

Geographic names and the policies whose frameworks determine them are changing in British Columbia. This roundtable brings together a number of perspectives to discuss these changes.

Featuring speakers who are actively involved in these discussions, the session will provide insights on what the key considerations are during the policy discussions, the impacts of these policies, and how settler-led organizations can support these changes in their communities. We will hear from the Council of the Haida Nation on their recent name restoration in Haida Gwaii and from the newly re-named settler-led qathet Museum.

To connect at the end of this last day and the end of our Conference, please join us in an informal setting to reflect on the conversations and themes of the event. We are mindful that especially the topics of redress and decolonization are heavy and we would like to provide delegates with an opportunity to come together in a safe(r) space, ask questions and process their thoughts. This will be an unstructured session hosted by Miranda Jimmy and we invite all delegates and speakers to attend if they would like to connect.

The conversations started in Act I of the Joint Conference will continue during Act II, at the in-person event in Victoria this October.

We are grateful for the support of this year’s event sponsors:

Explore to learn more about our sponsors and stay tuned for more information about them throughout the month of May!

The smart next stop in your career in the cultural sector.

This year’s weekly theme of Leadership and Governance is presented by the Cultural Resource Management Programs at the University of Victoria.

Learn more about the programs available:

This year’s weekly theme of Collaboration is presented by the British Columbia General Employees’ Union.

The BCGEU is one of the largest and most diverse unions in British Columbia. We represent over 80,000 members in 550 bargaining units in the private sector and public services.

Eos Lightmedia is our Accessibility Sponsor for our Redress theme.

We are grateful for their support to bring ASL translation to our sessions on May 18th!
Eos Lightmedia is an award-winning lighting and audiovisual design-build firm with experience in themed attractions, museums, architecture, public spaces, building facades, presentation centers, and public art installations.
Learn more

Argus is our web-based CMS for museums of all types and sizes; present your collections and digital assets in ways that engage, intrigue, and delight visitors.

We enable multi-discipline or multi-site museums to create and support cultural communities; open your doors to the world with Argus.

Carr McLean has been sourcing and supplying Library and Archival products to Customers across Canada for more than 50 years. 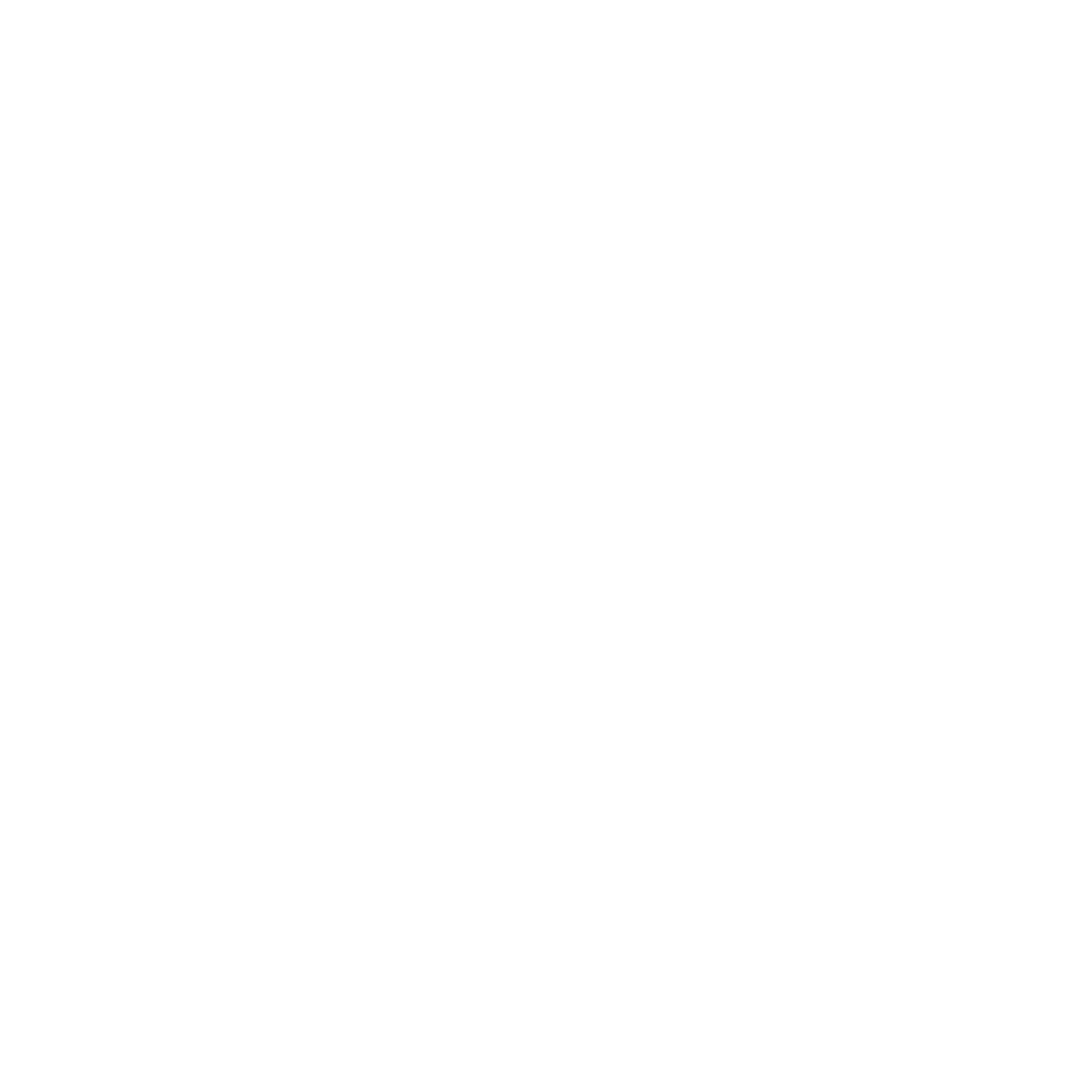 Based in Vancouver, our firm offers a diverse range of consulting services in planning, heritage, culture and building technology. We provide progressive and practical solutions to the complicated and evolving issues that surround heritage conservation and cultural resource management today.