Resources to Take Action Against Hate 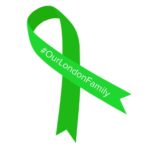 The London Muslim Mosque has shared a resources post with ways Canadians can take action in light of Sunday’s act of terror. They ask Canadians to include the Green Ribbon Against Islamophobia in their social media posts and use the hashtag #OurLondonFamily. A crowd-funding campaign has been launched with the support of the family and London’s Muslim community, donations can be made here.

Sunday’s tragic act of terror hit home for me and in all honesty, this is a difficult post to write. For five years I called London, Ontario, my home and through my work with the MakerBus, I worked closely with the London Muslim Mosque and their community. Through my work with the London Arts Council and London Heritage Council, I worked broadly with London’s largely Muslim Syrian refugee community on a project to welcome them to the city.

Not many people outside of London know this, but it is said that London so perfectly reflects the demographics of an “average Canadian city” that it is frequently used as a testbed for fast food chains and big box stores. I bring this up because as a white Canadian it is easy to see Sunday’s tragic story and think that it is un-Canadian and doesn’t reflect who we are as a people – but, sadly, this is not true.

Racism is part of the fabric of our nation.

Today, the London Free Press published a story called The painful recent history of targeted attacks on Muslims in Canada and recorded 12 examples since 2015 alone. When I was living in London an article on Vice that frankly discussed racism in the Forest City was published, briefly debated in the community, and then largely forgotten. And throughout the pandemic a prominent London bar in the city’s core has repeatedly displayed anti-Asian signs on their establishment with little community recourse.

If London so perfectly reflects the demographics of “the average Canadian city,” what do these examples say about our country? We need to stop looking at events, like Sunday’s tragedy, as isolated, un-Canadian incidents and start viewing them as a reflection of our nation’s true legacy. I cannot stress enough that as institutions and individuals who help Canadians reflect on our history and heritage, museums and museum professionals have a role to play in addressing and stopping hate – we cannot be neutral.