If 9 Out of 10 Canadians Agree that Museums Matter, Why Don’t We Fund Them Like They Do?

Museums Do More Than You Think

Museums Are a Smart Investment

Museums Do More With Less

Reconsidering Museums: What We Heard with Museums for Me 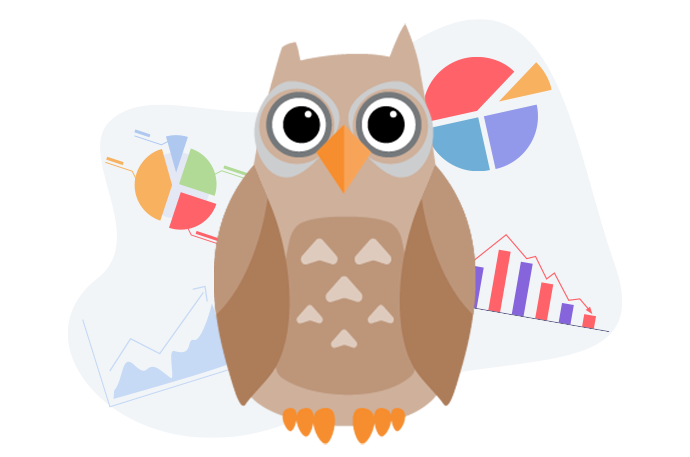 If Canadians overwhelmingly believe that museums matter, then why is funding their work and impact so often treated like an unnecessary luxury?

Minister Melanie Mark recently stated that the Royal BC Museum is “beyond its useful life” and therefore requires an investment of $789 million dollars over the next 8 years. While this statement is true for the Royal BC Museum, it represents the tip of an iceberg for BC’s chronically underfunded cultural sector. For nearly 20 years, from the early 2000s until a series of cultural investments that started in 2017, the Province of BC spent less per capita on arts, culture, and heritage than any other province in the country. During those two decades of neglect our cultural institutions have decayed, our collections spaces have filled to the brim, and we have delayed critical, and legally required, work for reconciliation.

Our sector is not healthy. The passionate professionals and volunteers who devote their lives to celebrating our communities’ arts, culture, and heritage are running on fumes. For many volunteering and working in the museum sector, the public and media backlash against the proposed modernization project and the province’s recent announcement to “pause” the project feels like a vote of non-confidence for our entire sector – a public admission that our work doesn’t actually matter.

The BC Museums Association exists because we believe in the transformational power of museums. If you have had friends or family members question the value of museums (or maybe have even questioned it yourself), here are some critical examples of the impact that museums, galleries, and heritage sites play in communities across the country.

Museums Do More Than You Think

Did you know that Point Ellice House Historic Site and Museum in Victoria has grown more than 100 pounds of organic produce that it has donated to food banks and shelters in the past six months? Or did you know that the Haida Gwaii Museum brought together community partners to ensure that elders had free access to internet-equipped iPads during the COVID-19 pandemic? Or that the Exploration Place in Prince George is working with Indigenous partners to bring a family’s stolen headdress back from the Royal Ontario Museum nearly 100 years after it had been taken? Or that the Nanaimo Art Gallery recently built a half-pipe inside their gallery and is helping youth in their community learn how to skateboard?

Museums, galleries, and heritage sites aren’t one thing – they are as unique and diverse as their communities.

Museums Are a Smart Investment

Each $1 invested in the cultural sector (a sector in which museums play a large part, but that also includes the arts), provides a $4 return on investment: creating jobs, building infrastructure, attracting tourism, and making our communities richer, more enjoyable places to live. While museums offer society considerably more than a return on investment, from a purely economic standpoint, investing in museums makes sense.

In 2020, the BCMA and Heritage BC commissioned a study into the economic impact of museums and heritage sites in small communities and found example after example of cultural organizations as economic engines of their communities. From the Sidney Museum’s annual lego exhibit driving tourism to the region, to the Kimberley Underground Mining Railway helping to revitalize a local economy and attracting external investments, the impact of museums on the economy cannot be overstated.

While it’s very true that British Columbians are facing severe economic challenges and that access to critical government services is becoming increasingly difficult, under-investing in the museums and the cultural sector is not the answer. In fact, from a financial point of view, it makes BC’s economy worse, not better. Around 100,000 British Columbians work in the cultural sector and these dedicated professionals cannot live on passion alone – they need jobs that pay living wages, have safe and sustainable facilities, and allow them to access emerging technologies in order to share their work with the widest possible audiences.

Museums provide a proven return on investment and cultural spending makes dollars as well as sense.

Museums Do More With Less

In the past year, inflation increased the cost of basically everything and this is especially hard on museums, many of which rely on fixed funding that has stayed at the same level for decades. Between 2010 and 2017, the economic impact of museums in BC grew by 27% – this was during a nearly two-decade-long period in which BC spent less on culture than any other province in the country. Even in the middle of chronic underinvestment, museums and the cultural sector found creative ways to do more with less.

This was true once again during the initial stages of the COVID-19 pandemic – with their sites shut down and their staff working remotely, museums, galleries, and cultural organizations across the province found new ways of creating digital content and engaging with their communities online. Museums did this without access to specialized training or new digital funding – they once again found creative ways of doing more with less. In the first six months of the pandemic alone, BC’s museums and arts organizations created thousands of hours of new online content and the BCMA recorded more than 600 new online museum and cultural initiatives.

But doing more with less isn’t sustainable. Over the past two years, our sector has seen stress and burnout rates increase significantly. A recent survey of cultural workers conducted by the Greater Vancouver Professional Theatre Association found that only 52% of respondents feel confident that they will still be working in the arts, culture, and heritage sector in the next 18 months, signalling that pandemic burnout and funding scarcity are causing people to leave the sector.

The sharp inflation increase of the past few months is only going to exacerbate museum worker burnout. There are more than 450 museums, galleries, and cultural institutions in British Columbia. Of that group, only roughly one third receive ongoing funding from the provincial government. For those organizations, many are receiving basically the same amount of funding in 2022 as they were receiving ten years ago, not accounting for inflation. This makes it extremely difficult for museums to give their staff (if they have staff at all since a significant number of museums in BC are entirely volunteer-run) cost of living wage adjustments.

After nearly two decades of chronic underfunding, and two years of pandemic pivoting, record-breaking inflation in 2022 means that most cultural workers in BC will be getting de facto pay cuts this year. You can only do more with less for so long before you just give up.

Museums are at the forefront of social change, bringing communities together to discuss topics that produce strong emotional reactions – reconciliation, the genocide of Indigenous peoples, how white supremacy shaped the history of Canada, and the erasure of 2SLGBTQIA+ individuals from how we discuss history. Increasingly, museum workers and volunteers are being targeted with threats of violence.

The BCMA has heard more anecdotal stories of museum workers receiving anonymous threats of violence in 2022 than we have ever heard before. To protect the safety and anonymity of our members we will not list specific examples from our community, but online dialogue has become toxic to an extent that museum workers are receiving threatening emails, social media death threats, and even threatening calls on their personal phone numbers in some instances.

Recently, museums, cultural institutions, and libraries have been the targets of violent threats when publicly supporting 2SLGBTQIA+ communities. A zoo in Montana was threatened with violence if it didn’t cancel its drag queen story hour (it’s worth noting that the organizers stood up to the threats and the event attracted hundreds of families). And libraries across Canada have been targeted with right-wing hate for hosting drag-related events and programming.

Increasingly, museums are recognizing the critical role they play in creating more just and equitable communities. And while 94% of Canadians want museums to do this work, a very loud, often violent, minority is willing to do whatever it can to reverse the progress of social change.

By demonstrating leadership in building a better future, museum workers and volunteers are making themselves the target of hate. It is critical that this work is recognized for its importance and that communities and governments stand behind museums that are dedicated to creating change.

Aging infrastructure also makes museum work increasingly dangerous. While the seismic instability of the Royal BC Museum has recently made headlines, museums, galleries, and heritage sites around the province are at risk from failing infrastructure. In 2021, Heritage BC partnered with the Province of BC to offer infrastructure funding for museums and heritage sites. They received nearly $74 million in requests with only $15.5 million in available funding – the grant ultimately was only able to fund 21% of the requested activities. Since then, BC has experienced unprecedented weather events such as the heat dome, atmospheric river and associated flooding, and one of the coldest winters in recorded history. Hundreds of thousands of British Columbians work and volunteer in museums and heritage spaces and millions of visitors enter these spaces each year – failing heritage infrastructure is a public safety risk and climate change only makes it more dangerous.

If we truly value the work and impact of museums, we cannot ask museum workers and volunteers to be subject to threats of violence and forced to work in unsafe spaces.

Museums make a difference in the lives of British Columbians – there’s a reason that 9 out of 10 Canadians believe that museums matter. They are educational spaces for life-long learners from all walks of life. They stimulate the economy and attract tourism. They help us grapple with big, difficult questions. They preserve the past, so we can see ourselves in the present, and work towards building a better future.

Museums, as well as arts, culture, and heritage organizations and cultural practitioners more broadly, play a critical role in a healthy, engaged, and rich society. While our impact may not be as immediately apparent as a hospital or a school, strong museums build vibrant communities and have a transformational impact on the lives of countless people across generations.

The Province has announced that the modernization of the Royal BC Museum is “paused” and that more community consultation will occur to build a collective vision for the future of the provincial museum. Much like British Columbians as a whole, museum workers and volunteers are divided on what the future of the Royal BC Museum should look like. Investing nearly $1 billion in a single institution while the entire sector is starved for support, feels out of sync with the needs of museums in smaller communities. Funding is desperately needed in our sector and this need is felt in communities across the entire province.

The BCMA hopes, that as the Province consults communities across British Columbia on the future of the Royal BC Museum, communities will make it clear that museums matter. The present moment is critical in restoring the overall health of museums, galleries, and cultural organizations and ensuring that our organizations can continue to make a difference in the lives of British Columbians.

If you believe in the transformational power of museums, it is critical that you make your voice heard.

Advocacy Toolkit: Making the case for your museum